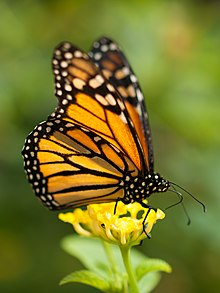 ays ago I went to a friend’s Feast for Memengwaa. Memengwaa is the Ojibwe word for butterfly. My friend is from the Bear Clan of the Red Lake Tribe and in Ojibwe she is named after the butterfly. For her, this feast was specifically honoring the monarch butterfly, an animal with which she has a special affinity.

I was honored to have been invited, and was deeply moved by the ceremony. She spoke of her naming ceremony and her connection to the butterfly and why this is such a significant animal in her life. Her sense of connection to the land, and not just in general, but in this particular ecosystem is strong. I was inspired by the elder who spoke about the importance of Memengwaa and all of creation, and our role in preserving or, unfortunately, destroying that creation. I’m still thinking about it days later.

In addition to the feelings of gratitude I have been also feeling some emptiness, and wrestling with just where that emotion emanates related to this ceremony. I’m your “typical” American of European decent. My ancestral roots are primarily English and German. But in my family, like in many families of long-ago immigration, there was no Germanic or English traditions that were special, highlighted or “passed on.” Participating in my friend’s ceremony resulted in recognition of a lack of ceremony, ritual, mythology, and story in my daily living. I’m not counting the rituals of reading the morning paper, going to work, etc. Don’t confuse ritual with routine.

But then I found myself in church Sunday morning listening to a sermon about the two creation stories in the book of Genesis. The main message was recognition of two creation stories that are very different with different messages. To recognize this dichotomy and then deal with any potential cognitive dissonance caused by apparent contradictions, one has to be able to look at these stories as mythology, not as history. Mythology has truths that might transcend actual historical facts. It was sitting in that pew that I realized I do have ceremony and ritual in my life, but still something is missing in comparison to what I observed (and felt) during the Feast for Memengwaa. For me, the sermon was an intellectual ceremony and ritual. The Memengwaa ceremony was not simply an appreciation for nature (a more intellectual approach maybe) but was rooted in cultural history that evolved within the context of the ecosystem we were standing in at that moment. It was rooted in the land. That’s the missing piece. The elements of ceremony and ritual in my life are not rooted where I live and my ancestor’s culture evolved. I presume they are rooted in different land and ecosystems—but for me there is no connection to those roots. That’s the missing piece. The Feast for Memengwaa ceremony was an opportunity to give thanks for the gifts of our life and well-being from that creation—the land. But not just in as an intellectual or metaphysical exercise. It was giving food and tobacco from the land back to the land, where we were living and breathing today, and for my friend where her ancestors have lived, breathed, and evolved as a culture for generations upon generations. A person separated from cultural ritual and ceremony has lost his or her roots maybe, and a culture separated from the land has lost its roots.